An old fashioned root beer or root beer float is a treat at any age—but why do so many people love root beer?

We are drawn to the spicy ‘bite’ of aromatic roots and bark, the creamy vanilla texture, and that good, frothy fizz. 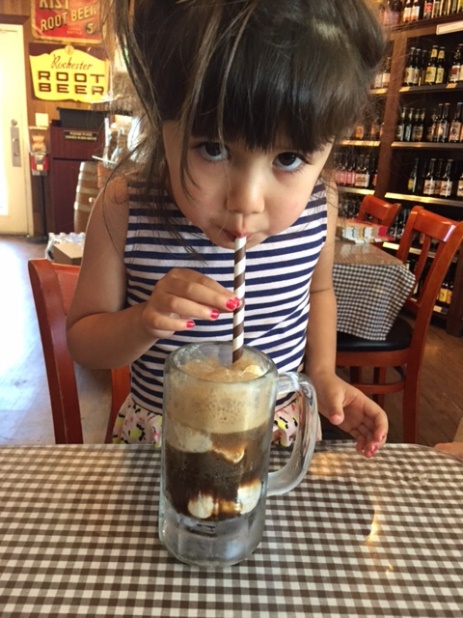 Root beer’s popularity has to do with its distinctively old fashioned flavor that exudes a feel-good nostalgia and brings up memories of the good times when we were young: 4th of July, baseball, picnics, Church socials, movie matinees, county fairs, holidays, birthdays, and family gatherings.

However, root beer is not a modern beverage. It turns out that root beer has been making us feel good for much longer than we may have originally realized.

Just How Old is Root Beer? 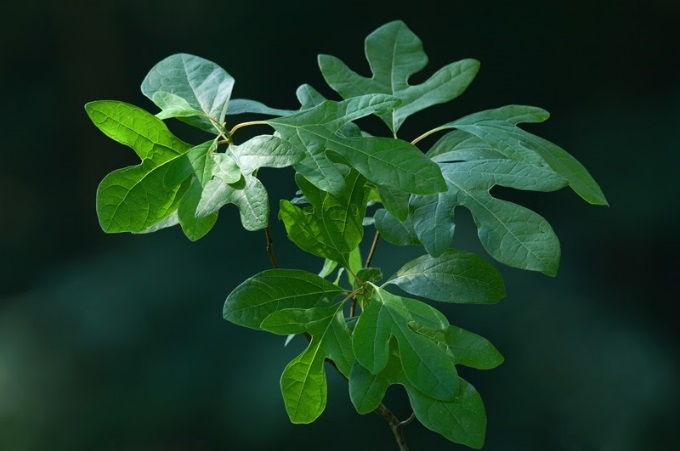 Indigenous peoples used sassafras for culinary and medicinal reasons many years prior to the 16th century, when Europeans began making sassafras-based beverages.

In fact, this popular beverage was first sold in confectionary stores as a medicinal syrup in the 1840s, and written recipes have been recorded since the 1860s.

Root may have first started being combined with soda as early as the 1850s. 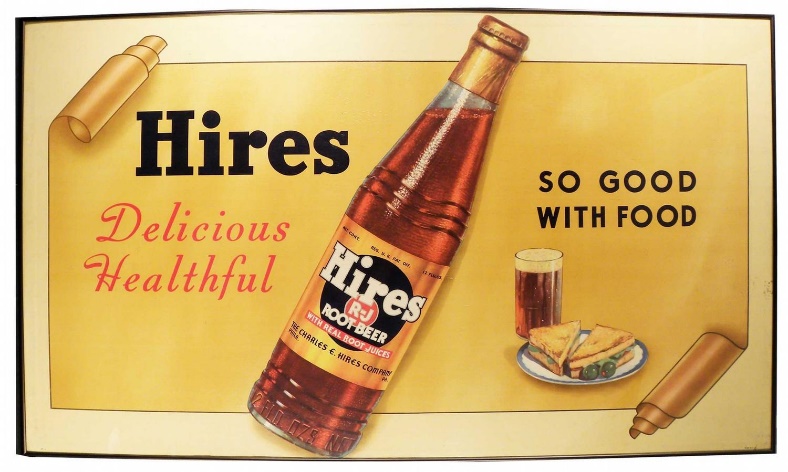 Then along came, Charles Elmer Hires, an American pharmacist, who was first man to successfully market a uniform, non-alcoholic, and commercial brand of root beer. Hires developed his ‘root tea’ in 1875, but he changed the name to “root beer” for marketing purposes when he presented his commercial version at the Philadelphia Centennial Exposition in 1876.

By 1886, Hires was bottling the beverage, and by 1893, root beer was distributed widely across the United States. 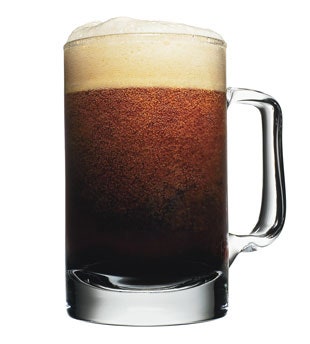 Other notable root beer competitors emerged in the following years—such as Barq’s, another sarsaparilla-based root beer, which began selling in 1898. By 1919, Roy Allen opened a root beer stand in California and was purportedly the first seller of root beer to promote serving the beverage in cold mugs. Thanks, Allen!

In 1919, A&W Root Beer was founded, as was IBC Root Beer, and in recent years, many additional root beer brands were developed or acquired by beverage companies like Coca Cola, Pepsi, and Keurig Dr. Pepper Snapple—and, as they say: the rest is root beer history.

Now that we know a little more about the history of root beer, let’s take a closer look at what makes root beer’s taste so distinctive. The primary ingredients and flavorings of root beer include:

Given its impressive flavor profile, it’s no wonder that people of all ages have a passion for root beer. Beyond enjoying a frosty mug of the soda or sipping a delicious root beer float, many people even use root beer in baking and in the sauces for pulled pork, ribs, and other meats—also, surprisingly, root beer is the favored drink to compliment a good cigar. Who knew? Some people us root beer as a mixer with alcoholic beverages.

With all the brands of root beer on the market today, consumers may appreciate a rundown of the most popular root beers, as well as a look into their differences in taste.

As a fellow root beer fan I was curious of which brands were the best. So, I have conducted my own taste test survey on several popular brands. In addition, I have researched the online ratings of root beer and compiled the reviews from the top brand’s websites. 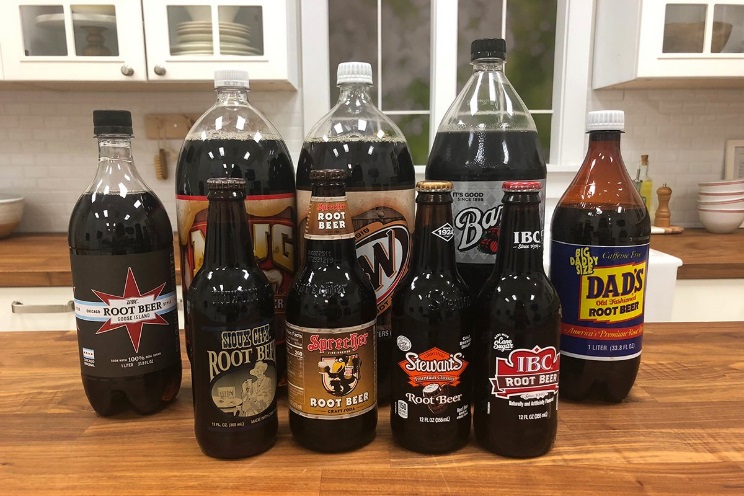 My general findings divide root beer into three categories: smooth and creamy, high ‘bite’, that is a combination of spicy and high carbonation, and sweet and mild.

My personal preference is the rich, old fashioned root beer flavor, with a spicy, high bite and high carbonation, that is not too sweet. My favorite toot beer brands are Dad’s, Hank’s, Stewart’s, and IBC, that all have a delicious spicy taste with natural root flavors and a strong frothy fizz. I drank root beer when I was a kid and grew up with Dad’s Old Fashioned Root Beer, which is still my favorite.

A. Smooth and Creamy

Brands in this category present a smooth and creamy taste, showcasing natural root beer flavors, and leave a pleasant aftertaste.

B. Spicy and Carbonated Bite

These brands offer strong, old fashioned, natural root flavors, rich in spice, a strong bite, a satisfying carbonation fizz, are not too sweet, and present a good aftertaste.

For individuals who prefer root beer brands which offer a mild flavor, low fizz, low bite, and a sweeter aftertaste, there are several notable brands on the market today.

A. Smooth and Creamy

I grew up in Detroit, and Faygo ‘Pop’, as we call it, is a local institution, everyone grew up with Faygo Pop. The Feigenson Brothers Company was founded in 1907, in Detroit, and later became the National Beverage Company in Detroit, producing a line of soft drinks.

Faygo Root Beer has a rich strong flavor with a wintergreen finish. It is smooth and creamy with good carbonation. Bon Appetit magazine ranked it as the best tasting root beer in 2009. It has 43 g of sugar content in 12 fl. oz. with 150 calories, it uses corn syrup. 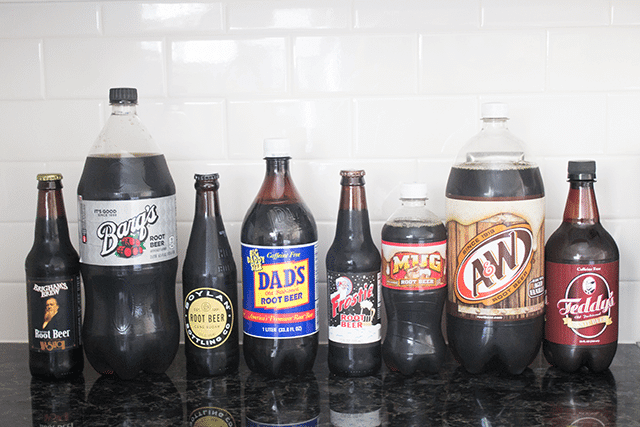 Having a frosty mug of A&W Root Beer and a foot long hotdog with chili at a drive-in is a childhood dream come true. Roy W. Allen founded the A&W drive-in restaurant chain in Lodi, California in 1919. The root beer brand was acquired by Keurig Dr. Pepper Snapple in 2008.

The White Rock Company was founded in 1871 in Waukesha, Wisconsin.

Sioux City Root Beer has natural flavors of sarsaparilla, licorice, and vanilla. It is smooth and creamy with a mild bite and good carbonation. The sugar content is 43 g in 12 fl. oz., with 170 calories, using corn syrup.

Pharmacist Charles Hires founded his root beer company in 1876 in Philadelphia. The brand was acquired by Keurig Dr. Pepper Snapple in 2008.

Hires Root Beer has natural flavors of sassafras, sarsaparilla, ginger, licorice, birch, wintergreen, and vanilla. It has a bold creamy taste. It uses cane sugar and has 45 g of sugar in 12 fl. oz. with 170 calories.

B. Spicy and Carbonated Bite

I confess, I’m prejudiced; I grew up with Dad’s Root Beer and love it – and I am not alone. Dad’s tops the list on several reviews. The Dad’s Root Beer Company was formed in 1937 by Ely Klapman and Barney Berns in Chicago. The company was acquired by Hedinger Brands in 2007.

Dad’s Root Beer has a rich natural flavor that is barky and aromatic. It has robust flavors of wintergreen, licorice, and vanilla. It has a strong bite, good spice, and strong carbonation, but is not too sweet. It has 45 grams of sugar in 12 fluid oz. with 190 calories and uses cane sugar.

Hanks Beverages was founded in 1996 in Trevose, Pennsylvania.

Hanks Root Beer has rich, spicy, old fashioned flavor of vanilla and nutmeg. It has a strong bite and carbonation fizz but is not too sweet. It has 41 g of sugar in 12 fl. oz. with 180 calories and uses cane sugar.

Frank Stewart founded Stewart’s Restaurants in Mansfield, Ohio in 1924; they made their own root beer. The root beer brand was acquired by Cadbury Schweppes in 2000, now Keurig Dr. Pepper Snapple. The Stewart’s brand has many international awards.

Stewart’s Root Beer has a rich, old fashioned flavor with cinnamon, actual molasses, vanilla, and wintergreen. It has a strong bite and carbonation, with a good aftertaste. It only has 38 g of sugar in 12 fl. oz. with 160 calories and uses cane sugar.

The Independent Breweries Company was founded in 1919 in St. Louis. The company was acquired by Keurig Dr. Pepper Snapple in 2018.

IBC Root Beer has an old fashioned spice flavor with anise, vanilla, and molasses. It has a strong bite and carbonation fizz. It has only 40 g of sugar in 12 fl. oz. with 160 calories and uses cane sugar.

Sprecher Brewery was founded in 1985, in Milwaukee, to brew beer and soft drinks.

Sprecher Root Beer has strong old fashioned flavor with spice, vanilla, and honey. It is rich and creamy with a good bite and carbonation. It has 49 g of sugar in 12 fl. oz., with 195 calories, using corn syrup.

Edward Barq founded his root beer business in 1898, in Biloxi, Mississippi. The brand was acquired by Coca Cola in 1995.

Barq’s has a bold, strong flavor, and is spiced with sassafras, sarsaparilla, wintergreen, and ginger. It has a good bite and carbonation. It has caffeine, making it unique among root beers. Its sugar content is 45 g in 12 fl. oz., with 160 caloeries, using corn syrup.

Frostie Beverage Company was formed in 1939, in Catonville, Maryland. The company was sold to Interstate Distributors of Detroit in 2009.

Frostie Root Beer is smooth and creamy, with little bite and mild carbonation. Its sugar content is 42 g in 12 fl. oz. with 160 calories and uses cane sugar.

Boylan Root Beer is smooth with mild natural flavors of sassafras, cinnamon, sweet birch, vanilla, and wintergreen. It has little bite and carbonation. Its sugar content is 43 g in 12 fl. oz., with 170 calories and uses cane sugar.

Bundaberg Brewed Drinks was formed in 1888, in Australia.

The company was formed in Vancouver, Canada in 1995.

Jones Root Beer is sweet, has a mild flavor, little bite, and mild carbonation. Its sugar content is 46 g in 12 fl. oz. with189 calories and uses cane sugar.

Edward Crowley formed Virgil’s in 1994; it was acquired by Reed’s Inc. of Norwalk, Connecticut in 1999.

The Belfast Beverage Company was formed in 1947 in San Francisco. The company was then acquired by Pepsi in 1986.

Mug Root Beer has mild flavor with vanilla, licorice, and wintergreen. It has good carbonation with little bite. The sugar content is only 29 g in 12 fl. oz. 1 with 100 calories, using corn syrup.

You may have your own favorites which are not on this list and you may be interested in trying the brands I found. I had a lot of fun searching and buying the different root beer brands, I hope you do to.