There has been a revival of traditional cocktails in recent years. This trend has been fueled by the Madmen TV show and renewed popularity of the Sinatra Rat Pack, Humphrey Bogart and film noir, swing and lounge music, James Bond films, and other retro icons.

Social drinking has been the norm since 1920’s Prohibition when everybody drank. After World War Two, in the Fifties, social drinking at home became popular as a form of entertainment. Men and women would often have a drink after work to unwind. To encourage women’s drinking, bartenders invented fruity and sweet cocktails such as the Grasshopper, Pink Squirrel, White Russian, and Sloe Gin Fizz. Sunday brunches also grew in popularity where Mimosas and Bloody Marys would be served. Of course beer, ale, wine, and champagne have always been popular in America.

Rum and whisky were popular in the 1940s and early 1950s since it was hard to obtain gin and vodka during war rationing. Gin and vodka soon became very popular in the Fifties. Tiki restaurants were another popular trend in the 1940s to 1960s. Based on so-called Hawaiian culture, Tiki restaurants expanded across America. Tiki tropical cocktails were popular, such as the Mai Tai, Blue Hawaiian, Singapore Sling, and Rum Runner.

A well known fashionable drink which is rich with strong flavors. Manhattans originated in 1870s in New York. Popular with the Sinatra Rat Pack and appeared on the Mad MeTV show.

Mix with ice, stir and strain into a chilled martini glass.

Garnish with a cocktail cherry. 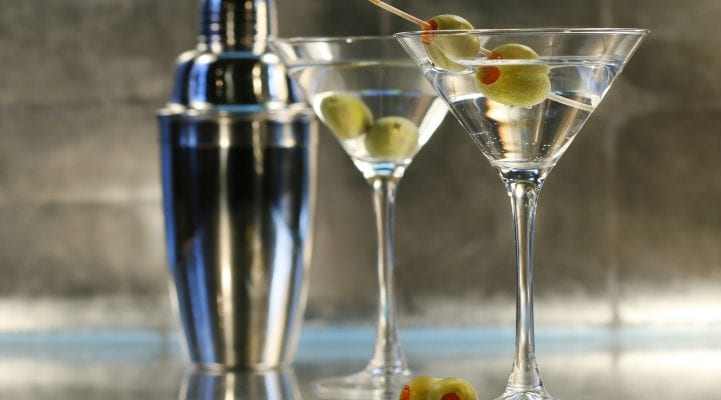 The best known and widely popular cocktail that can be made with gin or vodka. Martinis originated in the 1860s. In the 1940s the vodka to vermouth ratio was 4 to 1, by the 1950s it was 6 to 1. The vodka martini was popularized in James Bond films and war a regular drink on the Mad Men TV show.

Mix in a shaker with ice, strain into a chilled martini glass.

A vodka martini is the same but uses vodka instead of gin. 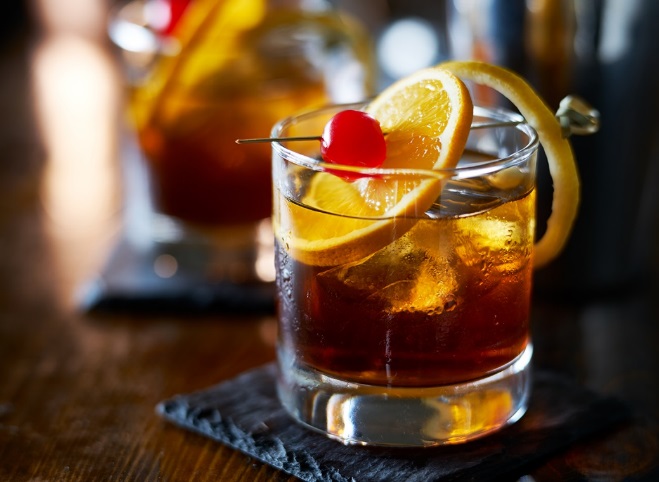 An iconic cocktail that originated in the 1830s. Making a proper old fashioned is considered an art form. This is the Don Draper cocktail of choice on Mad Men.

Muddle sugar, bitters, and water in an old fashioned glass. Fill with ice and whisky, stir.

Garnish with an orange slice and a cocktail cherry. 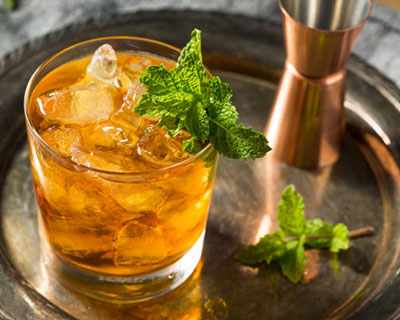 A ‘society’ cocktail of the upper classes in New York in the 1890s. Billionaire Vanderbilt popularized the drink. The stinger has appeared in many novels and movies.

Mix with ice, strain into a chilled martini glass. 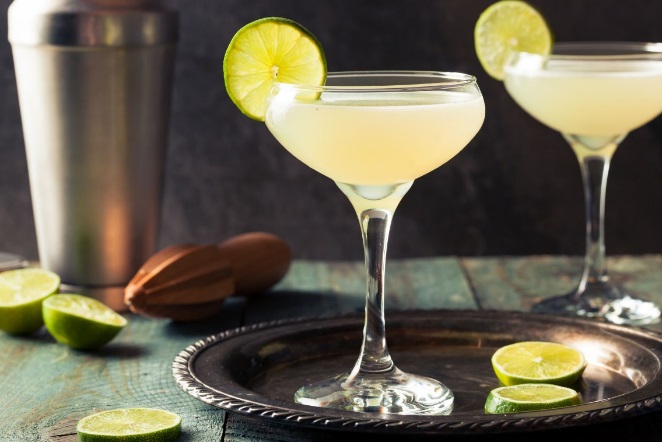 Very popular in the 1940s when it was hard to obtain vodka and gin due to rationing. The drink originated in Cuba and was a favorite of Ernest Hemingway who lived in Cuba. 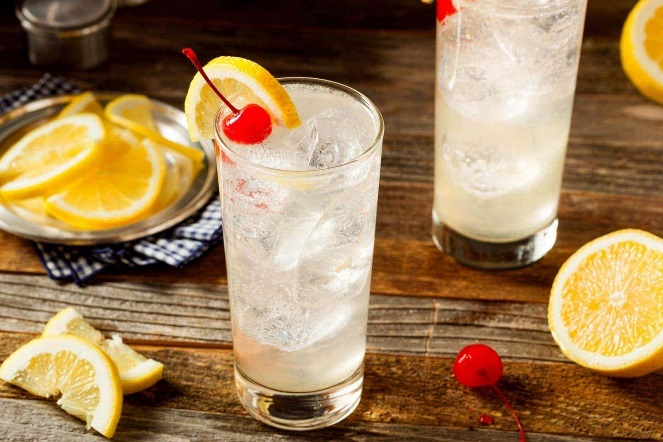 The Tom Collins grew in popularity in the U.S., England, France, and Germany in the 1880s

Mix in a Tom Collins glass with ice.

Garnish with a lemon slice and a cocktail cherry. 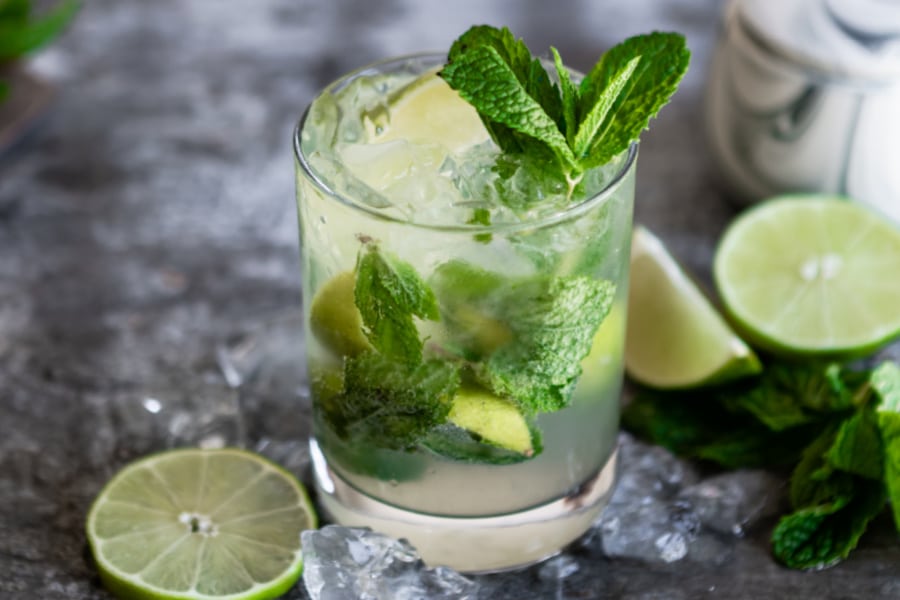 Mix and pour into a Tom Collins glass, stir.

Garnish with sprigs of mint and a slice of lime. 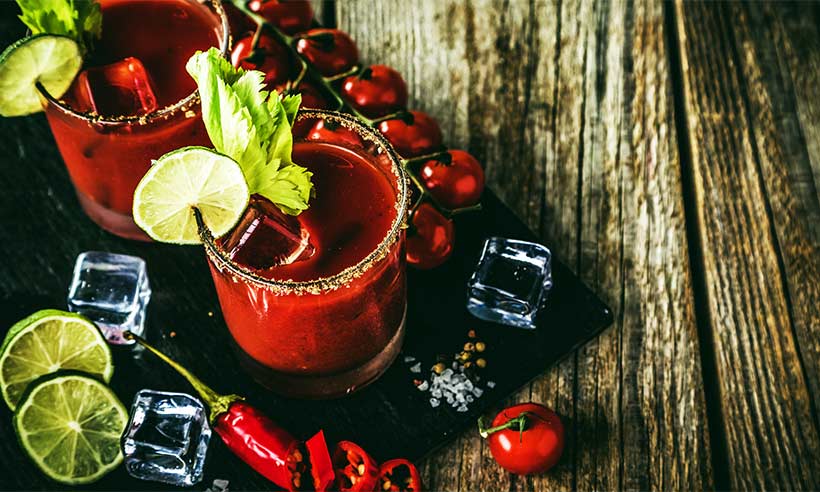 Invented in the 1920s in either New York or Paris. Popular as a reputed drink for hangovers and served at Sunday brunches.

2 to 3 dashes of Worcestershire sauce

Stir, pour over ice into a highball glass.

Garnish with a celery stalk and a lemon wedge. 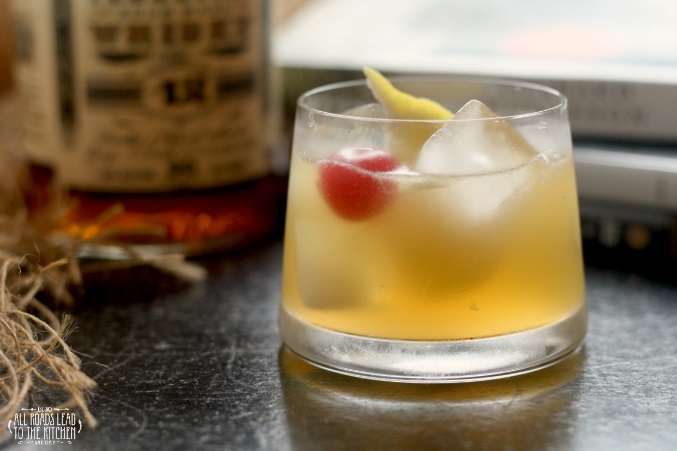 Originates in the 1870s and was popular in North and South America.

Shake with ice, strain into an old fashioned glass. 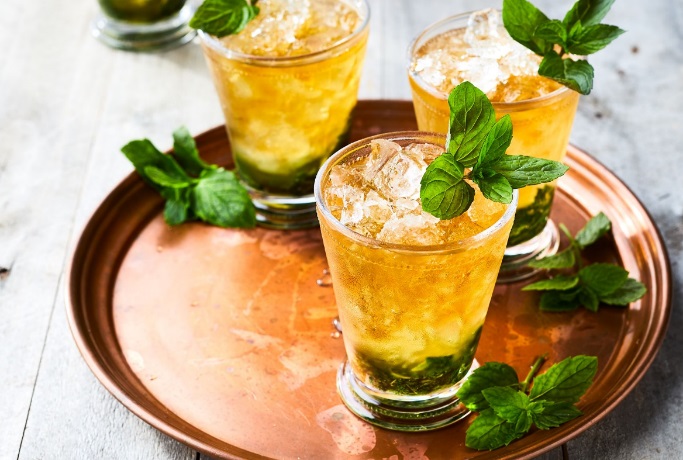 The signature cocktail of the Kentucky Derby since 1932. The drink originated in the 1780s and was a popular drink throughout the southern states.

Garnish with a mint sprig. 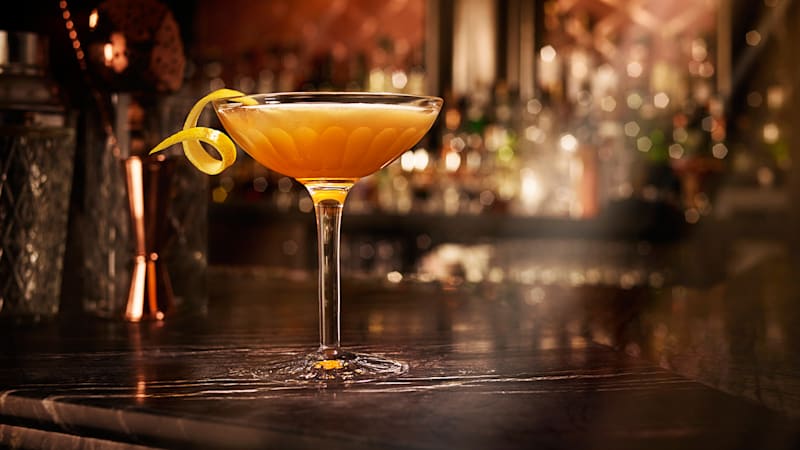 The side car developed in London and Paris after World War One. Often served with Oysters Rockefeller.

Shake with ice, strain into a chilled martini glass. 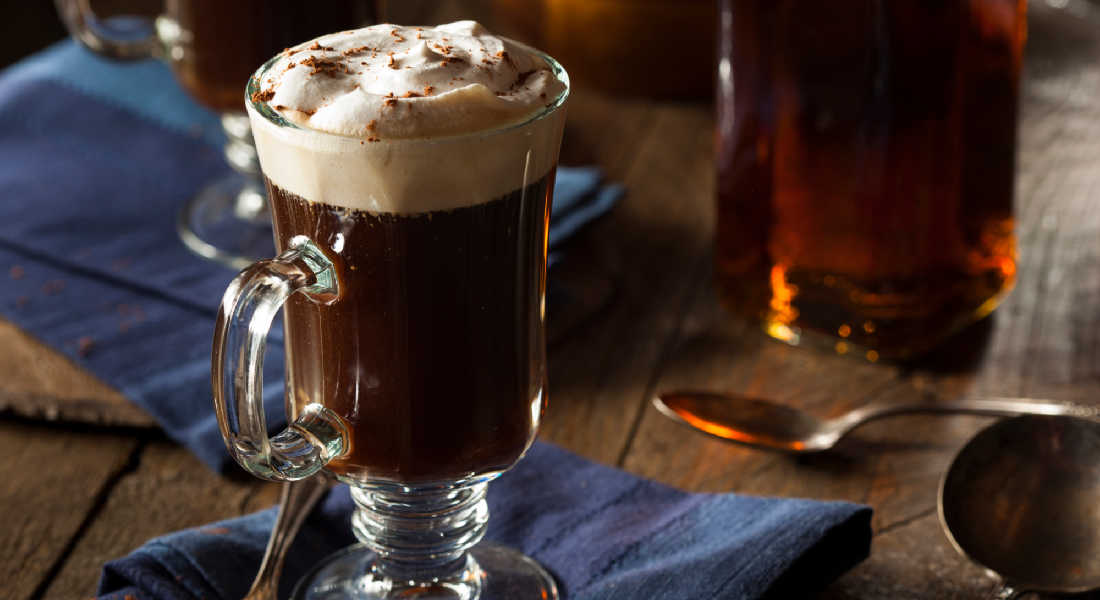 Developed in Ireland in the 1940s and popular worldwide.

Pour Irish coffee into a mug.

Pour cream on the top. 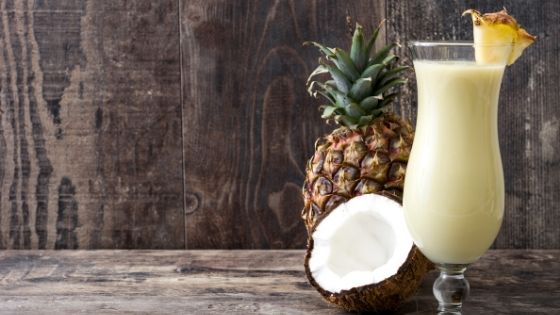 A tropical cocktail that was invented in Puerto Rico in the 1950s.

Blend all ingredients with ice, pour into a hurricane glass.

Garnish with a pineapple slice and cocktail cherry. 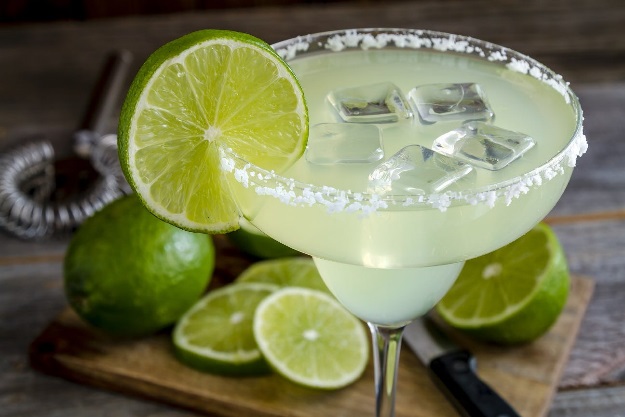 A Mexican cocktail popularized in the 1930s. Esquire published the first recipe in 1953.

Shake all ingredients with ice, strain into a chilled margarita glass.

Garnish with salt on the glass rim